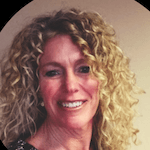 Kathy Schrag has been working to serve the epilepsy community in Ohio for more than 30 years. Kathy began her career working with the Hamilton County Jobs and Family Services, working with clients in need of public assistance.

In 1992, Kathy started with Epilepsy Alliance Ohio. Kathy’s passion was working with individuals with developmental disabilities and an opportunity became available with Epilepsy Alliance Ohio, in helping their residential facilities become Medicaid certified. Kathy worked as the QMRP in 3 of the facilities and eventually became the Director of Residential Services.  While in that role, Kathy became increasingly involved in fundraising and started the Mardi Gras Gala. Kathy assumed the role of Executive Director in 2007 and oversees 63 wonderful people on staff. Kathy leads her staff team in providing services those living with epilepsy in 64 counties in Ohio, 10 counties in Norther Kentucky and 2 counties in Indiana