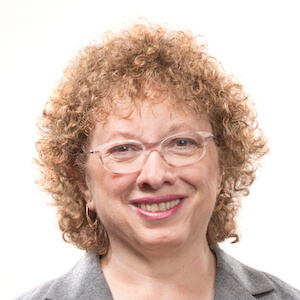 Joyce A. Bender is the founder and CEO of Bender Consulting Services, Inc., a national leader in advancing employment of people with disabilities, including veterans with disabilities. Bender provides disability employment expertise in the areas of recruitment, workplace mentoring, strategic planning, training, and digital accessibility to drive innovation and realize business value for customers.

In 1985, Joyce had a life-threatening accident due to epilepsy that caused a cerebral hemorrhage requiring subsequent brain surgery.  Against all odds, Joyce recovered from this accident that left her with a 70 percent hearing loss in one ear and a realization that she had epilepsy.  As a result of her personal experience, she developed a passion for helping people with disabilities and founded Bender Consulting Services, Inc. in 1995.

Joyce is the current vice chair and former chair of the board of the American Association of People with Disabilities (AAPD).  She also previously chaired the national Epilepsy Foundation board.  Joyce is chair of the board of the Epilepsy Association of Western and Central PA, a board member of the Bazelon Center for Mental Health Law, Variety the Children’s Charity of Pittsburgh, Disability Rights Pennsylvania, and the Pittsburgh Civic Light Opera. Additionally, Joyce is on the Board of Advisors for the Homeless Children’s Education Fund, a President’s Advisory Council member of Carlow University, and a member of the National Advisory Group of the National Technical Institute for the Deaf.  Joyce is also a member of the medical and academic advisory board for RapidSOS.

Awards received by Joyce Bender include the following:

Joyce has served as a disability employment expert for the U.S. State Department in Japan, South Korea, Indonesia, Panama and Kazakhstan and has been featured in periodicals including Reader’s Digest, New York Times, Investor’s Business Daily, Pittsburgh Post-Gazette, and Chicago Tribune.  She holds a bachelor of science degree in psychology from Geneva College, and hosts the radio show, Disability Matters with Joyce Bender on www.voiceamerica.com.